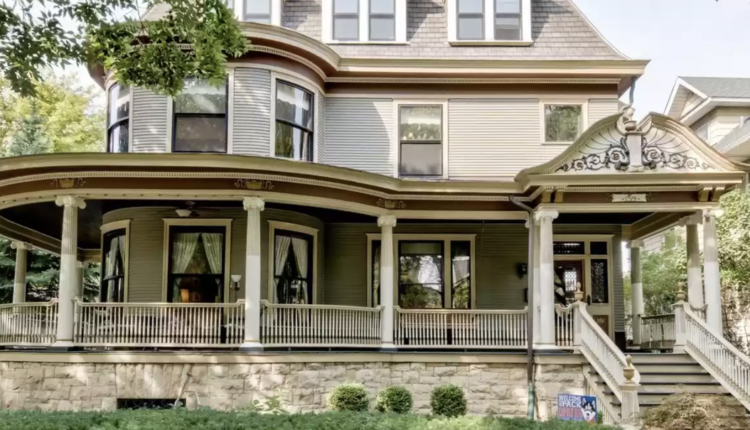 Handy Looks at The Beauty of Victorian Architecture Style

Willian Coleman Carson was the original owner of the Carson Mansion who contracted the nineteenth-century builder-architects, Samuel Newson and Joseph Cather Newson to build the house by 1883. Currently, it is owned and occupied by the Ingomar club and is not open to the public.

The exterior of the library was designed to resemble a church with a decorative style comprised of neo-gothic style along with Arts and Crafts details. The interior comprises oriel windows in the reading alcoves that are supplemented by high clerestory windows on both sides. It also includes a series of statues, portraits of religious and secular figures, and bronze work in the art nouveau style.

The John Rylands Research Institute and Library was one of the first public buildings in Manchester that utilized much safer and clean electric lighting as opposed to traditional gas systems.

The Osborne House was built by the London architect, Thomas Cubitt for the royals as a rural retreat and summer home. So, although it is beautifully ornate it was designed to be more welcoming and comfortable.

The original square wing of the house was known as ‘The Pavilion’ and it consisted of principal and royal apartments on the ground and the first floors. It also included the Queen’s dining room, the Drawing room, and a Billiard room.

The main wing was added at a later date and consists of the council, accommodation, and audience chambers. On the ground floor, the final wing was added, and it included the famous Durbar Room.

Important Tips To Help You Shop For Hand-Knotted Vintage Rugs!

Important Tips To Help You Shop For Hand-Knotted Vintage Rugs!

The Pros and Cons of Refrigerators

HOW TO MAINTAIN A FIREPLACE

A Guide to Find The Realtor That’s Right for You in Houston, TX

Handy Looks at The Beauty of Victorian Architecture…

Important Tips To Help You Shop For Hand-Knotted Vintage…

The Pros and Cons of Refrigerators